Corys Electrical are fully behind the Blue September campaigns for raising awareness of Prostate Cancer.

Awareness of Prostate Cancer is a major focus, especially as it's a disease that 1 in 8 NZ men will get. This affects ‘our men’, our husbands, fathers, sons and brothers. In NZ alone, that’s over 600 men that die per year! This is because men don’t know how dangerous the disease is, they don’t talk to their doctor, they simply don’t do anything.

Prostate Cancer can be successfully treated if detected early
enough. The Blue September campaign iss about education and awareness, plus facing your fear to get checked.

We are very proud to have increased awareness across the country, as well as fundraising to support the Prostate Cancer Foundation of New Zealand.

We have raised the following over the last six years:

I'’m extremely proud to be associated with Corys who take men’s health seriously and is actively working to help provide funds for support and research. Thank you to our branch teams, customers and suppliers for the tremendous support of Corys 2018 Blue September fundraising campaign. 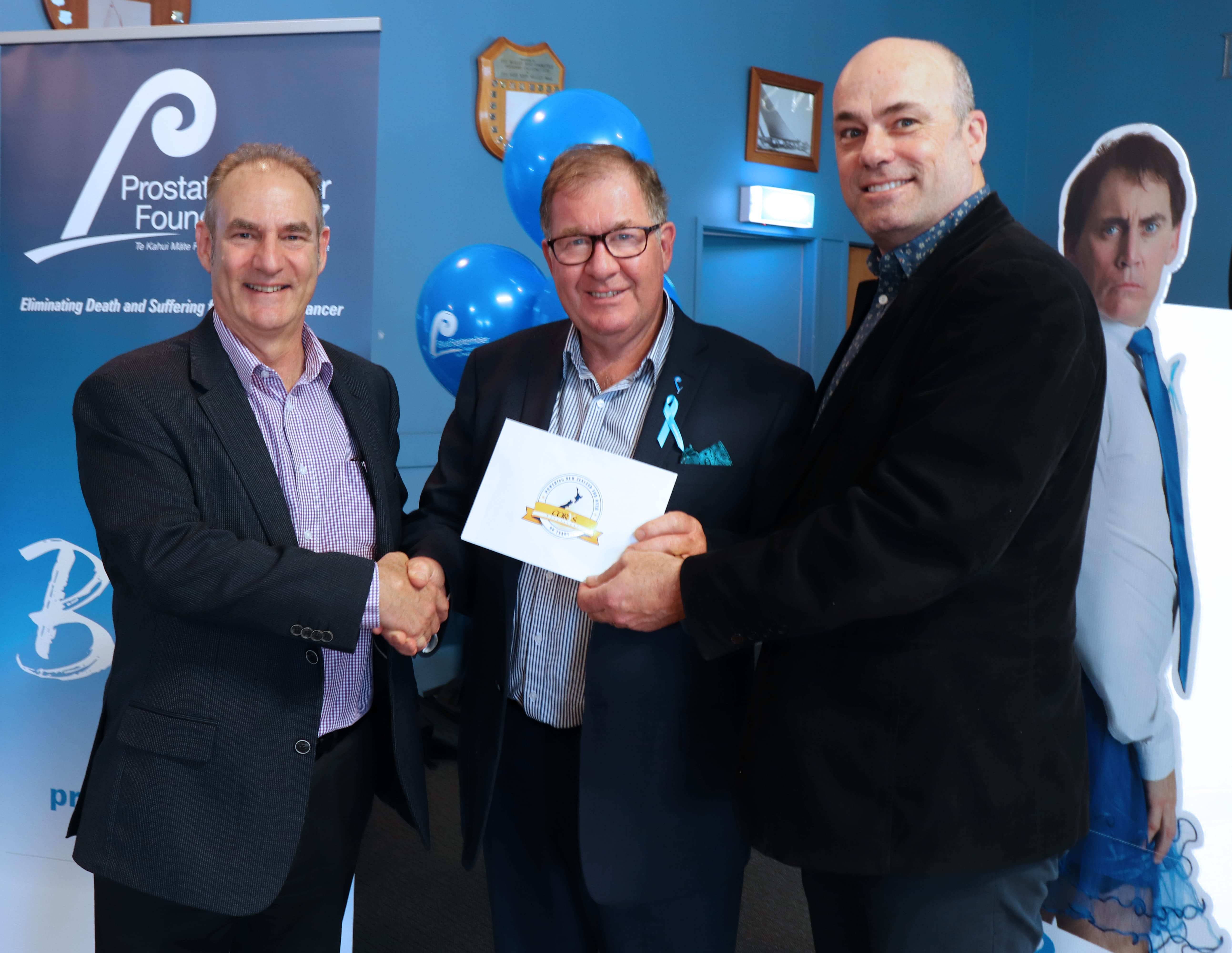 In the picture: Glenn Corbett and Marcel Van der Park presenting the cheque from Corys Electrical to Graeme Woodside, CEO of the Prostate Cancer Foundation of New Zealand.